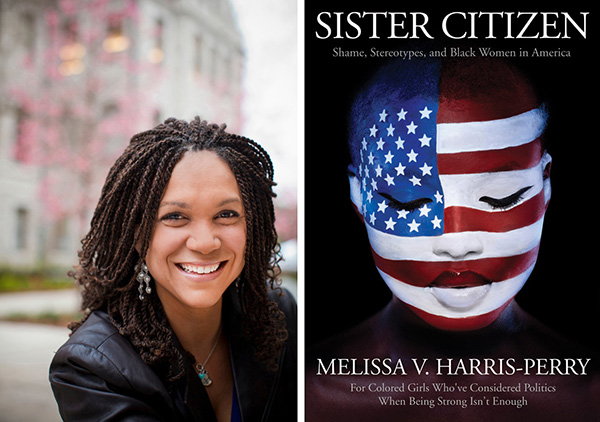 Jezebel’s sexual lasciviousness, Mammy’s devotion, and Sapphire’s outspoken anger—these are among the most persistent stereotypes that black women encounter in contemporary American life. Hurtful and dishonest, such representations force African American women to navigate a virtual crooked room that shames them and shapes their experiences as citizens. Many respond by assuming a mantle of strength that may convince others, and even themselves, that they do not need help. But as a result, the unique political issues of black women are often ignored and marginalized.

In Sister Citizen, Melissa V. Harris-Perry uses multiple methods of inquiry, including literary analysis, political theory, focus groups, surveys, and experimental research, to understand more deeply black women’s political and emotional responses to pervasive negative race and gender images. Not a traditional political science work concerned with office-seeking, voting, or ideology, Sister Citizen instead explores how African American women understand themselves as citizens and what they expect from political organizing. Harris-Perry shows that the shared struggle to preserve an authentic self and secure recognition as a citizen links together black women in America, from the anonymous survivors of Hurricane Katrina to the current First Lady of the United States.

Read an interview with Melissa Harris-Perry on the Yale Press Log.
You can find the book here.