The Cooper Center hosts a youth essay competition for students in High School and pre-High School categories. The theme of the competition changes each year and asks students to reflect on a historic or current topic.

What is value of having an integrated classroom?

For our 2013 Youth Essay Contest, we are asking students to help us commemorate the 50th anniversary of the desegregation of Tulane University by reflecting on the value of an integrated classroom. The competition is open to youth in Orleans Parish in two categories: 6th-8th Grade and High School. Students should write essays of 500-750 words responding to the question: What do you think is valuable about having integrated classrooms and learning environments? 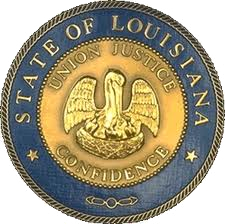 On April 30, 1812, the United States admitted Louisiana as its 18th state. 2012 is the bicentennial of our state, a time to celebrate both its founding and history. Throughout the 200 years of our history, Louisianans of color have played a critical role in shaping not only our state but also the nation. In 1892, Louisianan Homer Plessy sat in the “whites only” car of a train from New Orleans to Covington to protest and legally challenge segregation. New Orleanian Ruby Bridges became one of the first African American children to attend and integrate an all-white elementary school in the South in 1960. In 1992, New Orleans City Councilwoman Dorothy Mae Taylor forced the de-segregation of Mardi Gras krewes by making it illegal for them to practice discrimination.

We want to hear from you about a person of color from Louisiana who has been critical in shaping our state’s history. Submit an essay of 500-700 words about their life and why they are an important part of Louisiana’s history. The competition is open to youth in Orleans Parish in three categories: 3rd-5th graders, 6th-8th graders and high school students. Winners will be announced on April 30th, the official 200th birthday of Louisiana, and will be awarded prizes for first, second and third place.