Newcomb College Institute is proud to support the development of The Anna Julia Cooper Project on Gender, Race and Politics in the South, led by founding director and Professor of Political Science Melissa Harris-Perry. The project investigates how gender and race intersect to shape women’s politics in the South. Plans include the initiation of a visiting scholar program, a postdoctoral program, student media projects, an endowed lecture series, and the development of a journal.

Named in honor of one of the most noted African-American intellectuals in the history of the nation, the project will serve as a curricular hub for courses focused on intersectional identities of race, ethnicity, gender, and sexual orientation, provide faculty with opportunities for intellectual collaboration, collegial interaction and scholarly support, and offer meaningful events for local community audiences.

The program’s inaugural event will be a public lecture and workshop led by Duke University’s Professor of English and Law Karla Holloway in February 2012. Holloway will discuss her new book, Private Bodies, Public Texts: Race, Gender and a Cultural Bioethics (Duke University Press, 2011), an exploration of the complex interlocking systems of race, gender, law and medicine that includes a discussion of the aftermath of Hurricane Katrina.

The Anna Julia Cooper Program in Gender, Race, and Politics in the South is endowed with the multifaceted mission: 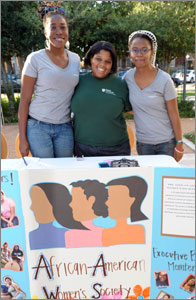