The Anna Julia Cooper Center is the home of a postdoctoral fellowship program for outstanding scholars at the ABD or early post-doctoral stage engaged in research on intersectional questions of gender and race. 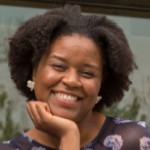 Jaira J. Harrington earned a doctorate of Political Science from the University of Chicago. Jaira is a first-generation college graduate, West Side Chicago native and Spelman College alumna. Jaira’s research has been funded by the Ford Foundation, NSEP Boren Fellowship, and the Tinker Grant Foundation. Some of her proudest accomplishments at UChicago include the 2011 Jane Morton and Henry C. Murphy Award, in recognition of her campus service in her department, at OMSA, and the broader Chicago community, and the 2015 Wayne C. Booth Prize for Teaching Excellence, the highest teaching honor given to a graduate student lecturer at the University. This fall she joins Wake Forest University in the Department of Politics and International Affairs and the Anna Julia Cooper Center on Gender, Race and Politics in the South as a postdoctoral fellow. 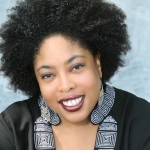 Sherri Williams studies social media, social television and how people of color use and are represented on social media and how people of color and marginalized people are represented in the media. She appeared on CNN’s Piers Morgan Live show to discuss social media images of Rachel Jeantel after Jeantel testified in the George Zimmerman trial. She was also interviewed by USA Today for her social media expertise. Williams’ dissertation focuses on images of women of color on reality television and Twitter. Williams presented her knowledge on black social television twice at SXSW Interactive. She taught journalism writing, media diversity and women/gender studies classes at Syracuse University and she incorporated social media into her courses. Before entering academia Williams was a print journalist for a decade including at The Associated Press. She covered several beats including education, courts, social services and immigrant/minority/marginalized communities and traveled to South Africa and Cuba on journalism fellowships. Her work has appeared in Essence, Ebony, Upscale, Heart & Soul, The Source and The Quill magazines.