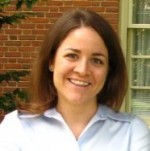 Sara Dahill-Brown
Sara Dahill-Brown is an assistant professor of political science at Wake Forest University. Her research and teaching interests in American politics focus on public policy, education, state and local government, and democratic accountability. She also teaches courses in quantitative research methods. She earned a Masters and PhD in political science from the University of Wisconsin–Madison, where she was also an advanced fellow at the Wisconsin Center for Education Research. Her dissertation, The State of American School Governance: Who’s in Charge and Does it Matter? investigates changing power relationships between state and local authorities, and the consequences of centralizing political authority. She grew up in Salt Lake City, Utah, and earned a BA in Political Science and Sociology from Trinity University in San Antonio, Texas. Prior to entering graduate school, she taught in the Rio Grande Valley of Texas with Teach for America. Her work recently appeared in Politics and Policy. 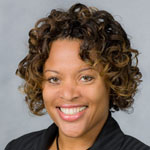 Sherri Lawson Clark
Dr. Sherri Lawson Clark (Ph.D., American University), is an assistant teaching professor of cultural anthropology at Wake Forest University. She is an applied cultural anthropologist, researches social problems associated with poverty in both urban and rural settings. She is particularly interested in the intersections of housing instability with individual and family experiences, social interactions, community organization, mental and physical health disparities, and other public policies enacted to aid the poor. Currently, she is the faculty director of a community-based participatory research program to connect faculty with community members in engaged research. She teaches courses in cultural anthropology and social stratification in America surrounding her research foci. Her courses are cross-listed with the Women’s, Gender, & Sexuality Studies and the American Ethnic Studies programs. Dr. Lawson Clark’s ultimate goal is to continue her teaching and scholarship in order to equip students with the necessary knowledge, training, and cultural sensitivities to aid them as future problem-solvers and leaders in our global world. 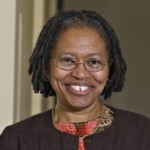 Luellen Curry
Prof. Luellen Curry is the Associate Professor of Legal Writing and has taught at Wake Forest University School of Law since 1989. She currently is an Associate Professor of Legal Analysis, Writing and Research and also teaches a seminar on Race and the Law. She is a two-time recipient of the Black Law Students Association Teacher Appreciation Award and she has been nominated to serve a one-year term as a vice president of the North Carolina Bar Association. Prof. Curry graduated from Oberlin College in Ohio and Northwestern University School of Law in Chicago.

In practice, Prof. Curry was a Staff Attorney with the Legal Aid Society of Northwest North Carolina, and a Reginald Heber Smith Community Lawyer Fellow. She currently serves on the Board of Directors of Mediation Services of Forsyth County, Disability Advocates of Northwest NC, and Legal Aid of NC-Winston Salem. She is a past President of the North Carolina Association of Women Attorneys and former Chairperson of the East Winston Community Development Corporation.

Prof. Curry served as a member of the Board of Directors of the North Carolina Black Repertory Company from 1984-2011, and was Treasurer from 1994-2011. She has worked with the National Black Theatre Festival® since its inception in 1989, as both a volunteer and a staff person. In 2009 she was presented with the National Black Theatre Festival® 20th Anniversary Appreciation Award. In March, 2011 she was chosen as one of three recipients of the Winston-Salem Chronicle’s Curator of the Arts Award, for her work with the Theatre Company and the Festival.

Prof. Curry grew up in Lexington, NC and is a member of Dellabrook Presbyterian Church, where she has served as a Deacon. She is married to Rev. Dr. Carlton A.G. Eversley, and they have two adult children. 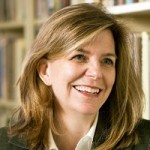 Michele Gillespie
Michele Gillespie is the Presidential Endowed Professor of Southern History at Wake Forest University. She is the author of Katharine and R.J. Reynolds: Partners of Fortune in the Making of the New South (2012), which was named a CHOICE Outstanding Academic Title for 2013, and Free Labor in an Unfree World: White Artisans in Slaveholding Georgia (2000), winner of the Malcolm and Muriel Bell Award for Most Distinguished Book in Georgia History.

She has co-edited numerous books, including three volumes on southern economic and social history in global perspective for the New Directions in the History of Southern Economy and Society series (2005-2011); Pious Pursuits: German Moravians in the Atlantic World (2007); Thomas Dixon and the Birth of Modern America (2006); Neither Lady Nor Slave: Working Women of the Old South ( 2002); and The Devil’s Lane: Sex and Race in the Early South (1997). She is currently co-editing a two volume anthology, North Carolina Women: Their Lives and Times, (2014 and 2015). She is also the author of a dozen articles on the gendered politics, changing technologies, and racial realities of artisanal and working-class men and women in the slave South

She is currently writing an interpretive biography of Mary Musgrove, an 18th c. Creek woman in colonial Georgia. She is also researching the ways elite southern women used cultural power to shape their own opportunities as well as the broader social and political landscape of their nineteenth and early twentieth-century communities. She is a past President of the Southern Association for Women Historians and past member of the Southern Historical Association’s Executive Council, has served on the editorial board of the North Carolina Historical Review and the Journal of Southern History, and is co-editor of the New Directions in Southern History series at the University Press of Kentucky. She has won several teaching awards, was the 2010 recipient of NC Campus Compact’s Robert L. Sigmon Service-Learning Award, and was named a 2013 NC Woman of Achievement by the NC General Federation of Women’s Clubs. At Wake Forest University, she serves on the advisory board of the Humanities Institute and advises the History Department’s chapter of Phi Alpha Theta, the national History Honors Society.

Derek Hicks
Derek Hicks is an assistant professor of religion and culture at Wake Forest University. He teaches and researches broadly in the areas of African American religion, religion in North America, race, the body, religion and foodways, theory and method in the study of religion, Black and Womanist theologies, and cultural studies. Currently he serves as part of the founding steering committee of the Religion and Food Group at the American Academy of Religion. Dr. Hicks is the author of the book Reclaiming Spirit in the Black Faith Tradition (Palgrave Macmillan, 2012). He is currently working on a second monograph entitled Feeding Flesh and Spirit: Religion, Food, and the Saga of Race in Black America (under review). In addition, he served as assistant editor of the volume entitled African American Religious Cultures (ABC-CLIO Press). He also contributed chapters for the books Blacks and Whites in Christian America: How Racial Discrimination Shapes Religious Convictions by sociologists Dr. Michael Emerson and Dr. Jason Shelton (New York University Press, 2012) and to the edited volume Religion, Food, and Eating in North America (Columbia University Press, 2014). In support of his scholarship, Dr. Hicks has been awarded fellowships and grants from the Ford Foundation, the Fund for Theological Education, the Louisville Institute, the Henry Luce Foundation, and the Wabash Center. 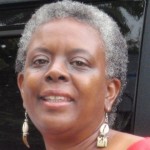 Scholarly interests in bioethics, health care and gender issues led to fieldwork in various places such as Costa Rica, Zimbabwe, the Seychelles Islands, Tanzania, Eritrea, and the United States.

Dr. Johnson is a member of the North Carolina Environmental Justice Network and board member of the following organizations: North Carolina League of Conservation Voters (NCLCV) ; Our Children’s Place (advocacy and educational program for incarcerated women and their young children); Scarritt-Bennett Center in Nashville, Tennessee and most recently Planned Parenthood Health Systems. Dr. Johnson serves on the North Carolina Historical Commission and North Carolina Council for Women. She recently published “Bringing Together Feminist Disability Studies and Environmental Justice” in the 2011 Barbara Faye Waxman Fiduccia Papers on Women and Girls with Disabilities.

Anthony Parent
Anthony Parent is Professor of History and American Ethnic Studies. He teaches American, African and World History. His scholarly focus areas are African America, Colonial America, and the History of Sexuality. His current research includes Virginia Slave society, a history of slave rebellion, and slavery and memory. He serves on the MESDA Advisory Board and is assisting their interpretation of rooms where Harriet Jacobs lived. Parent received his Bachelor of Arts in History and Political Science from Loyola Marymount University and his MA and Ph.D. from UCLA. Parent was inducted into the LMU Athletic Hall of Fame (Loyola Lions 1969 Football) in 2003. He has taught at UCLA, UC Irvine and UC San Diego before coming to Wake Forest University in 1989. He is married to Eugenia (Gigi) Parent and father of two sons Anthony and Frederick. Parent is author of Foul Means (2003) and co-author of Old Dominion New Commonwealth (2007). 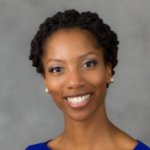 K. Monet Rice
The Reverend K. Monet Rice has been serving as Associate University Chaplain since July of 2012. Most of her attention is given to Well-Being practices as she specializes in Mind/Body Synchronicity and Interfaith/transcultural community. Rice is a graduate of Louisiana State University (LSU) where she competed on their Women’s Track and Field Team. She earned her Master of Divinity from Princeton Theological Seminary and is ordained in the Baptist tradition. Prior to Wake Forest, K. Monet served as an Associate Pastor at The Concord Baptist Church of Christ in Brooklyn, NY as an FTE recipient in their TiM project. Rice also worked for Cornell University Cooperative Extension in partnership with the College of Human Ecology.

K. Monet loves academic chaplaincy because it allows her the privilege of engaging in delightfully deep theological discourse with bright and inquisitive minds while liturgically engaging the academic community and keeping up with growing trends. She enjoys developing lasting relationships with students, faculty and staff and seeks to live a life evident of the presence of the Divine. In an attempt to create work life balance, K. enjoys running, traveling to visit friends, foodie activities and base jumping while wrestling bears. No bears are ever harmed.

Shelley Sizemore
Shelley Sizemore serves as Associate Director of Advocacy Programs and Civic Education in the Pro Humanitate Institute. In this role, she oversees campus-wide service events and initiatives, including Project Pumpkin, MLK Day of Service, and September 11 National Day of Service, Volunteer Service Corps, SPARC Pre-Orientation program and the Campus Kitchen at Wake Forest University. Shelley also works with students and programs within the institute on governance, organizational development, and cultural competence. In addition, Shelley serves as a diversity educator for the university, and leads students, faculty, and staff in dialogue about ways to communicate across difference. Prior to her current role, Shelley served as an AmeriCorps*VISTA member for Rebuilding Together in Washington, DC. Shelley received her B.A. and M.A. from Wake Forest University.